I always said that Wyatt got old too fast but I think Duke is even worse when you are running after a toddler! He has become a much more content baby, who is willing to be put down now and it so much more content. He has the most killer smile you’ve ever seen, and has completely dug a hole in mama’s heart.

He’s definitely a little bit of a mama and daddy’s boy, but things are getting a lot better with Nana and Crystal our daycare provider. He still struggles with gas every once in a while and can sure scream still when he doesn’t feel well, but other than that he’s happy to watch Wyatt play, Sarge walk around, or the movement on the tv. He loves being held and seeing lots of stuff so he likes anyone if they are keeping him entertained.

Sleeping wise he takes quite a few cat naps but is starting to stretch them out and I can tell that soon we will have a napping routine. Also on 11-2-18 he slept through the night 10 hours and I couldn’t even believe it when I woke up. I don’t expect it to stay, but to say the least the sleep was glorious. And you are usually ready for bed at 7ish and sleep until 12-2 and then about every three hours after that.

He loves to put weight on his legs, will roll from tummy to back (though he loved being on his tummy so he doesn’t do it very much) , is able to hold his head up very high and has good control. If your cranky we just have you stand up and look around and you’re happy. Starting to enjoy watching the tv, tracking wyatt and sarge with your eyes, and starting to hold on to toys.

He’s starting to turn down nursing every once in awhile because he wants a bottle, but he loves to cuddle and nurse with mom at night and in the morning for sure. He has been in a growth spurt some of the month and then not been eating very good other parts of the month so I am not sure what’s up with that. Wearing 3 months clothes and starting to dip in to 3-6. Wearing size 2 diapers. Eating bottles of 4-5 ounces

He’s losing the hair byut has new sprouting already, still hates bath time, isn’t a fan of stopping in the car and goes from zero to 100 in point 5 seconds when it comes to screaming. We are starting to really figure Duke and this two under two thing out! 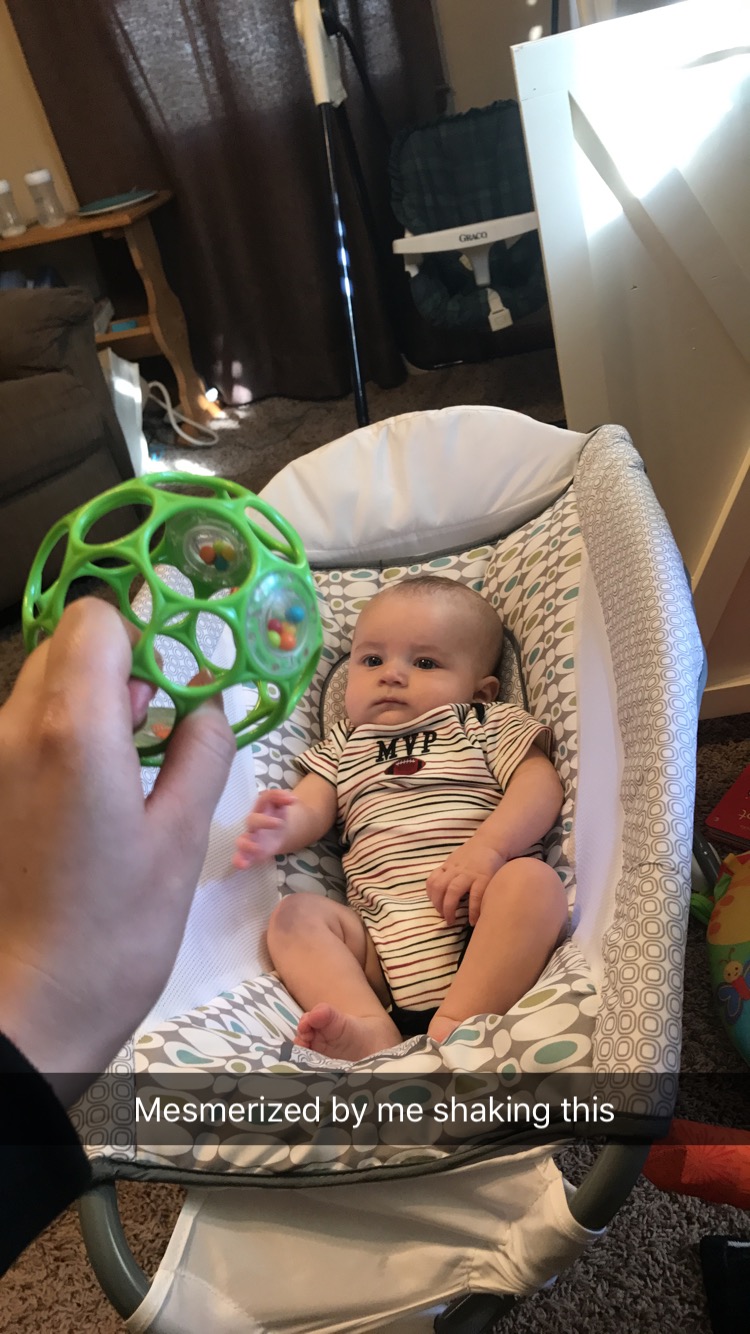 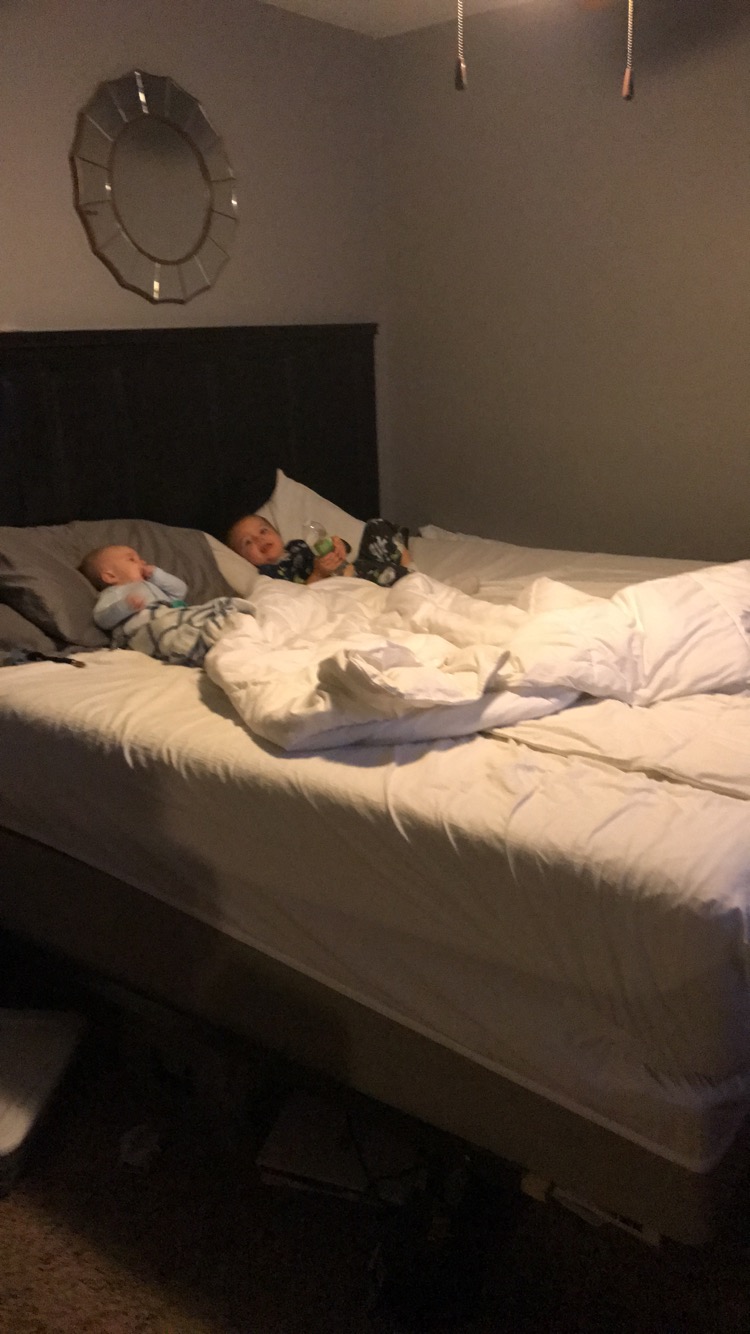 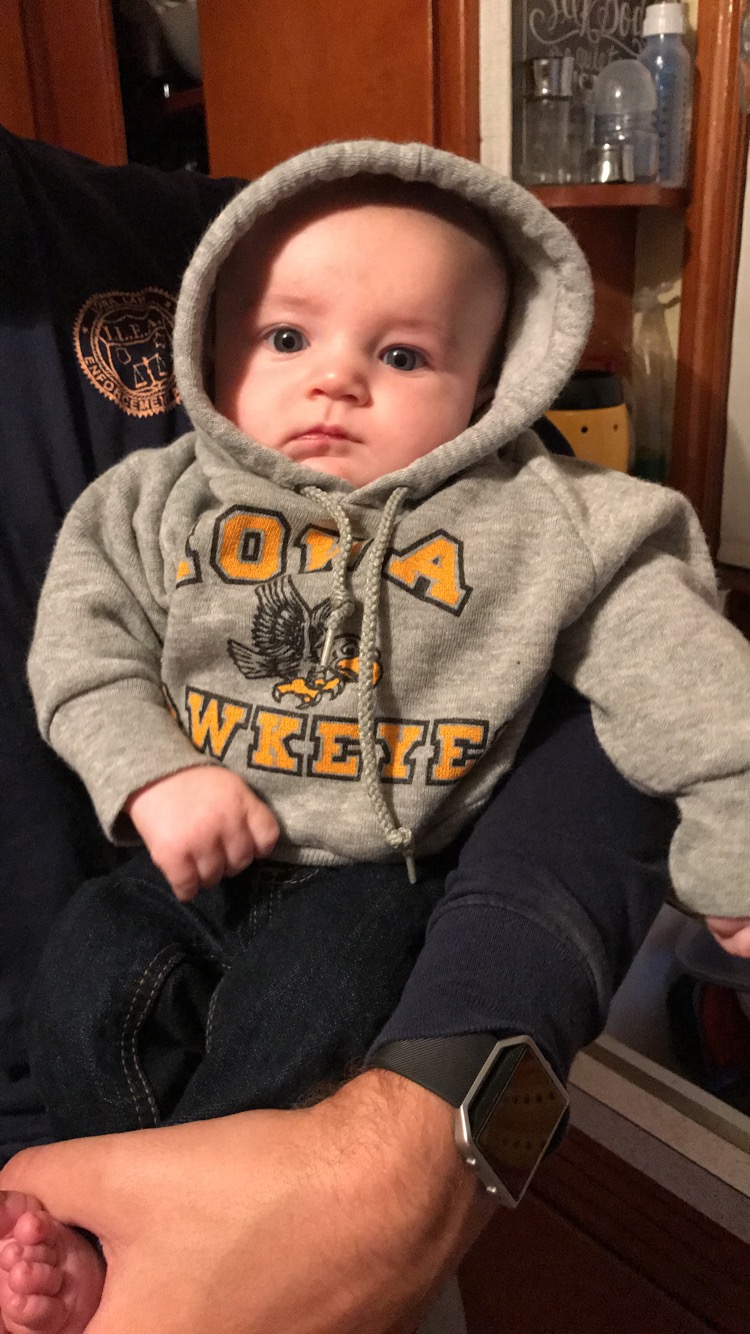 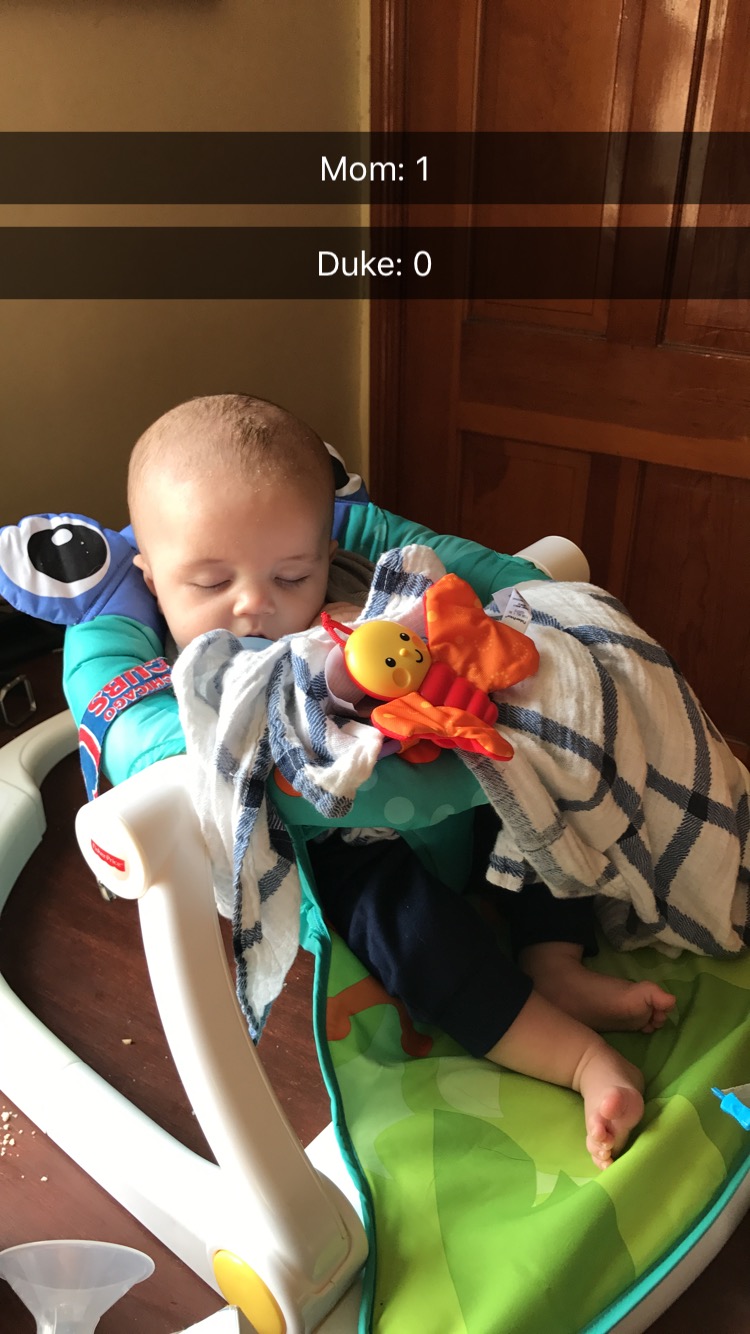 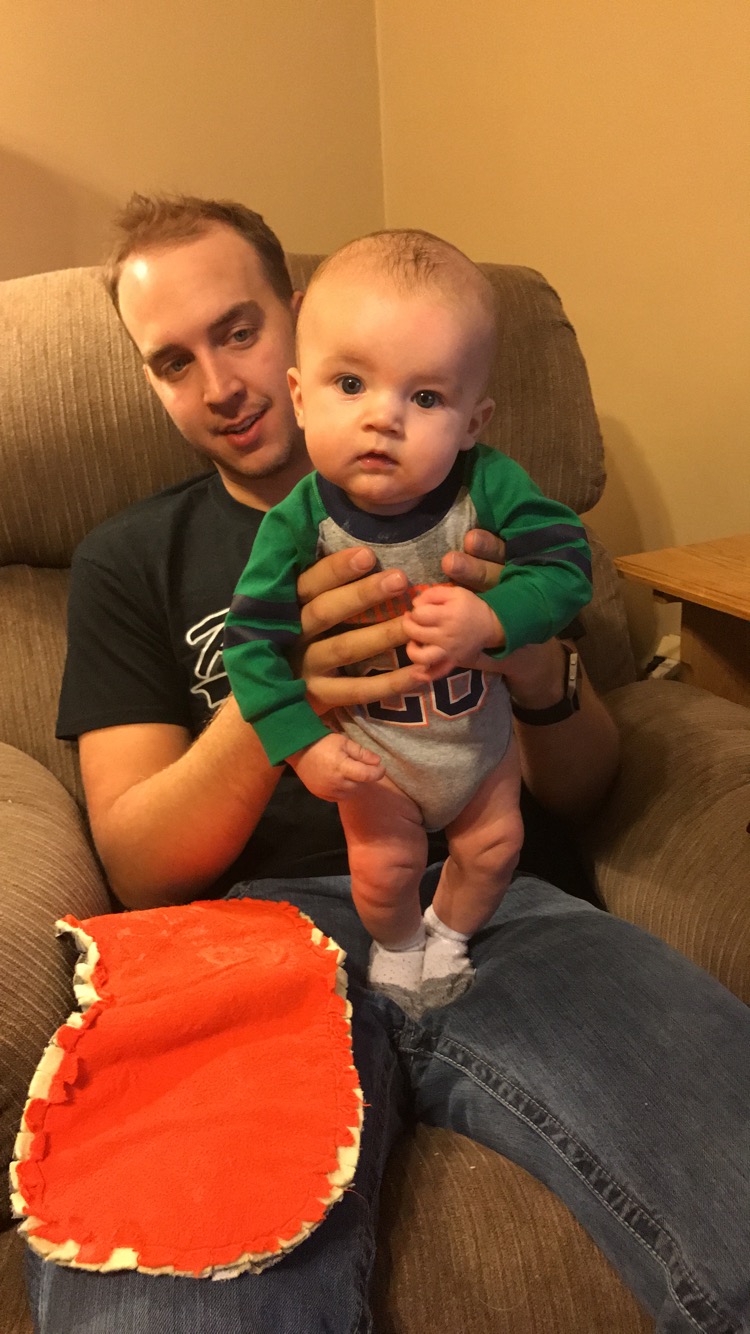 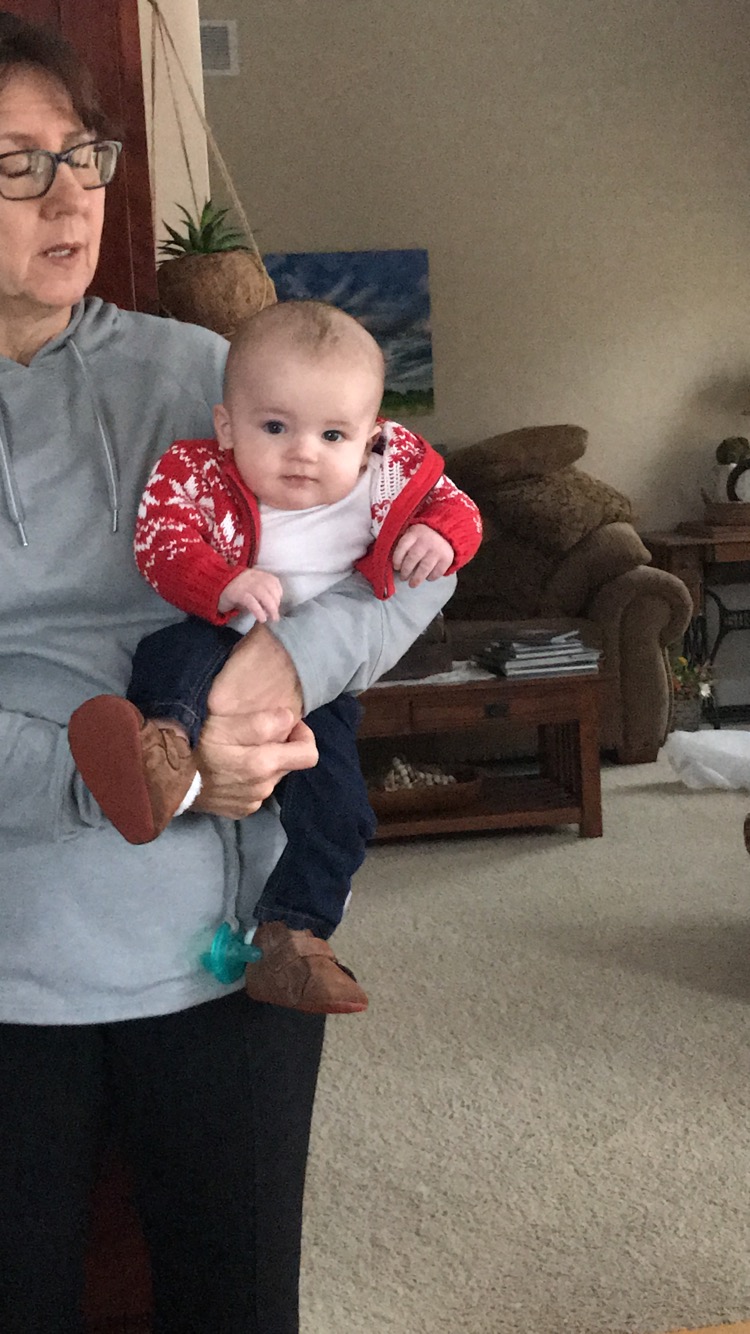